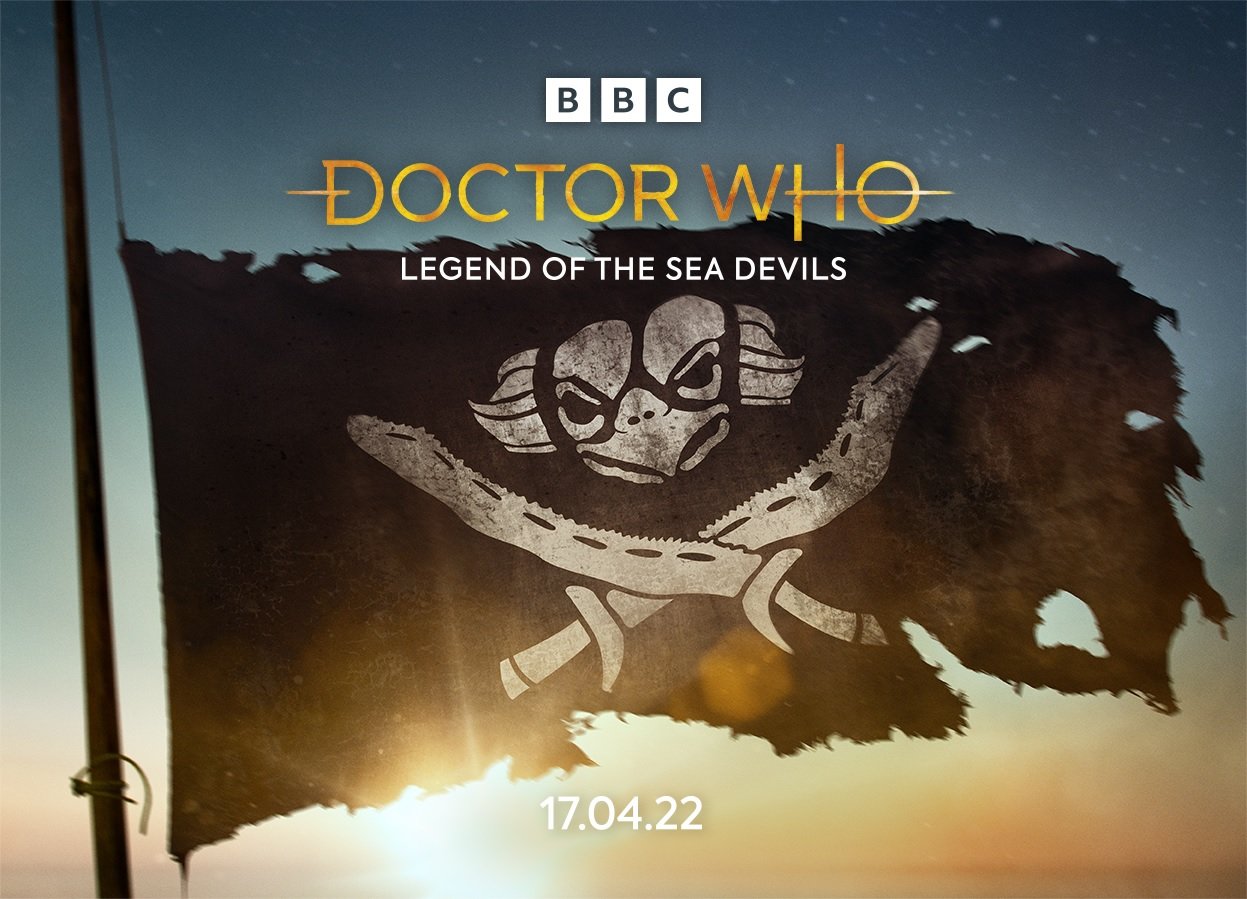 As suspected, Legend of the Sea Devils, the next episode of Doctor Who, will air on Easter Sunday itself, 17th April 2022, on BBC1 and BBC America.

We has predicated this date already, of course: BBC America’s schedule, which included a Doctor Who marathon with two mysterious gaps that’d coincide with the BBC1 schedule. Nonetheless, it’s good to hear the BBC has finally confirmed this date — though not yet the time or duration.

Still, we’re fairly sure it’ll screen at 7pm on BBC1.

It feels a bit short-sighted of the BBC not to announce the date on 26th March. No, not because that’s when the Doctor Who Companion celebrated six years online! Because it was the anniversary of Doctor Who‘s 2005 return, with Rose. But hey, at least we do have a date now. And we do love the Sea Devil pirate flag the Beeb showed in a picture for the announcement (above).

Here’s what to expect from Legend of the Sea Devils:

In a swashbuckling special adventure, the Doctor (Jodie Whittaker), Yaz (Mandip Gill) and Dan (John Bishop) come face to fin with one of the Doctor’s oldest adversaries: the Sea Devils. Why has legendary pirate queen Madam Ching come searching for a lost treasure? What terrifying forces lurk beneath the oceans of the nineteenth century? And did Yaz really have to dress Dan up as a pirate?

The episode is co-written by Chris Chibnall and Ella Road, and is Jodie Whittaker’s penultimate episode as the Thirteenth Doctor. Her final story is set to air in the autumn, celebrating the BBC’s centenary.

If you’re eager for more news, stay tuned to the DWC, and pick up Doctor Who Magazine #576, released this Thursday (31st March), which boasts a 15-page preview of the Easter special. 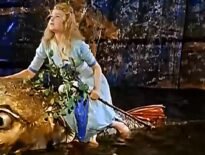 News East German Version of Doctor Who to be Uploaded t… 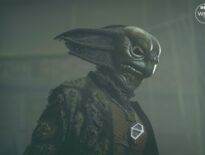