Coming Soon: Deluxe Illustrated Edition of Doctor Who In An Exciting Adventure with the Daleks BBC Books is to release a special, illustrated edition of the first ever Doctor Who novelisation, Doctor Who and the Daleks (or, as it was originally known, Doctor Who In An Exciting Adventure with the Daleks).

Whereas the original interior illustrations were by Arnold Schwartzman, this time’s are provided by the ever-talented Robert Hack. And his pages (not to mention cover) sure are gorgeous!

The tome is written by David Whitaker (The Power of the Daleks), and the upcoming edition includes a forward by The Doctor’s Wife scribe, Neil Gaiman.

‘[Doctor Who and the Daleks] was my talisman … read this book. Visit another world’– Neil Gaiman

Doctor Who and the Daleks was the very first Doctor Who novel, published in 1964, the year after the show began. Written by Doctor Who’s story editor, David Whitaker, its rich style and depth of characterisation helped set the bar for the hundreds of Doctor Who novels and novelisations that followed. Now BBC Books is delighted to be publishing an edition of Whitaker’s classic that brings a visual element to match his peerless text, with lavish illustrations by acclaimed comic book artist Robert Hack.

Adapted from Terry Nation’s first Dalek story, Doctor Who and the Daleks sees Ian Chesterton and Barbara Wright caught up in the flight through time and space of the mysterious Doctor and his granddaughter Susan. They travel in the TARDIS to the planet Skaro, where they strive to save the peace-loving Thals from the evil intentions of the hideous Daleks. Can they succeed? And if they do, will Ian and Barbara ever again see their native Earth?

Doctor Who and the Daleks is released as a hardback on 3rd November 2022 — just in time for Doctor Who‘s 59th anniversary! That’s a thing, right? It’s not the 60th, but it’s not a measly 58th anniversary either…

Coming Soon: Deluxe Illustrated Edition of Doctor Who In An Exciting Adventure with the Daleks 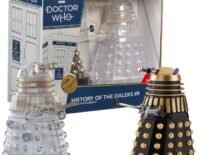 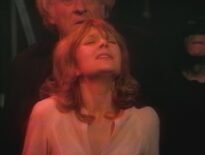