Tag: The Dalek Invasion of Earth 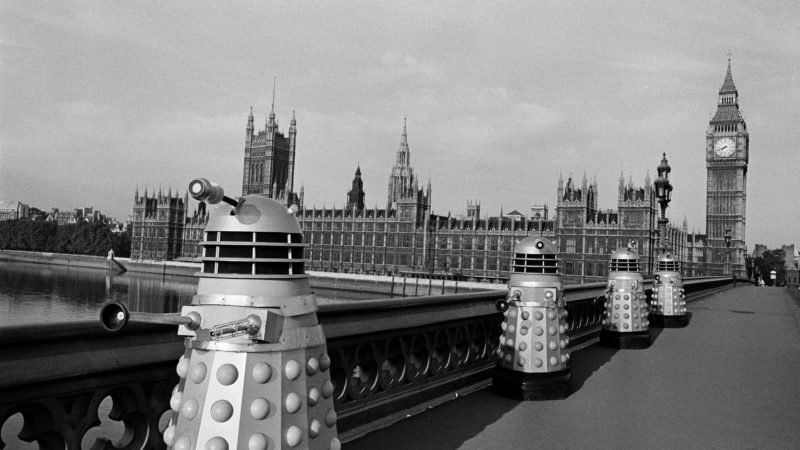 The DWC is sad to report the passing of John Griffiths, one of the unsung heroes of the earliest days

Finally: The Definitive Hierarchy of All Doctor Who

It takes only a few minutes reading blogs and watching YouTube to see that, by near universal consent, the most

Season 2 of Doctor Who confirmed the series’ extraordinary popularity. It also radiated a renewed confidence in execution and performance,

US fans now have a new way to enjoy Doctor Who’s classic era. Pluto TV, which is a free streaming

Under Emergency Regulations, Jonathan Morris has been permitted by our Masters, the superior Dalek race, to write the latest instalment

The Power of the Daleks is one of those clever titles. “Ah,” you think, when the credits to Episode Three

Across more than 52 years, Doctor Who has filmed in some seriously impressive locations: Croatia, New York, Dubai, Paris, Canada, and of