Seventh Doctor actor, Sylvester McCoy has mulled over who he’d like to see as the next Doctor.

No, Jodie Whittaker hasn’t been confirmed to be leaving Doctor Who yet, but rumours abound, notably because recent Doctors have stuck around for three seasons then departed (and Series 13 is due to be Whittaker’s third as the Thirteenth Doctor). And so, McCoy was asked about who he’d like as an upcoming incarnation.

He remained fairly coy (see what I did there?) by only commenting about what makes the Doctor:

“I’m always surprised by who they pick. It has to be someone with lots of character. It can’t be someone bland and beautiful, rather handsome and characterful.”

He then commented on who he thought had a “perfect Doctor Who face”:

“I was surprised when they got Matt Smith. He looked about 12, and yet he was brilliant! One minute he looks 12, the next he looks 125. He has the perfect Doctor Who face. So, a surprise. A person of colour would be great.”

It’s always great to see hear Doctor praising another – and as a big fan of the Seventh and Eleventh Doctors, I’m especially happy to McCoy appreciate Smith. 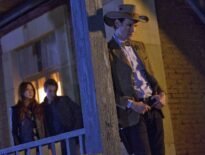 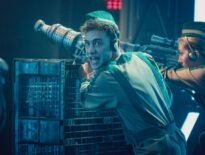