Chris Chibnall Won’t Return to Doctor Who Ever Again (Where Have We Heard That Before?)

It’s fair to say the Chris Chibnall has divided fandom, right from the announcement that he would be taking over as showrunner from Steven Moffat. And talking in a recent interview with the Radio Times, he seemed to confirm what many people have been clamouring for: that he wouldn’t return to Doctor Who ever again.

However, as the title suggests, this is something we’ve heard before. On leaving in 2010, Russell T Davies said that he would never return to Doctor Who. And now, 12 years after his departure, he’s back, not as a one-off writer but as the showrunner.

Chibnall, however, seems to rule this out, saying that the Centenary Special is for sure his final script. In fact, he wasn’t entirely sure he wanted the post of showrunner in the first place; he only seemed to take the role because no one else wanted it! He said:

“Absolutely never again! Clear red line, final script. I never expected to come back after working with Steven [Moffat], really, and I’d turned it down a couple of times after that. I never thought I’d be offered the job and built into that is why I wanted to keep it to a very specific three-series thing.”

Saying that this was a only a three year job seems a little strange because when he originally was announced, he had a five year plan. But then with all the breaks in-between series, I suppose it has been a five year project…

Now though, he seems happy enough to just focus on his family life, helping his children with their exam revision as well as focusing on other jobs he has to write (though we don’t know what for yet). It’s understandable that working on a job like Doctor Who is a massive undertaking; not only is there a lot of writing, there is also casting, conventions, and lots of other things that producers and showrunners have to do. So I don’t think anyone is going to blame him for wanting to focusing on some much earned family time.

“Supervising teenagers’ revision is taking up my time now and there’s lots of other things to write! I will happily sit back and watch. For all that it’s been gorgeous all along, now it’s like, ‘Oh I remember this. This is what real life is like!'”

While I’m not sure I’d ever want Chibnall to come back as a showrunner, and I do have my reservations about Davies coming back, to me it has an air of desperation from the BBC to try and return the show to the popularity it once had – rather than just doing something completely brand new. But I wouldn’t be opposed to seeing him return to pen a few episodes here and there — 42 and The Hungry Earth/Cold Blood are pretty good entries, even if his later stories under Moffat weren’t too great. Maybe him returning to work with Davies would prove something.

Whether he comes back or not, people will always remember that, as a youth, he took to the television to criticise John Nathan-Turner, Bonnie Langford, and Pip and Jane Baker, for telling some boring and predictable stories. As a crime writer, I think Chibnall is pretty decent, but as a Doctor Who writer, did he predict how his tenure would be looked at all those years ago…?

Chris Chibnall Won’t Return to Doctor Who Ever Again (Where Have We Heard That Before?) 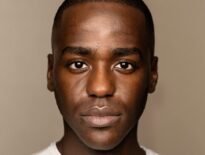 News Will Ncuti Gatwa’s Doctor Debut in a Multi-D…