Books! Best weapons in the world! So why not weaponise your family and friends (wait, that doesn’t sound right) this Christmas with this selection of the finest hardback books this side of The Library.

Doctor Who: The Whoniverse by Justin Richards and George Mann 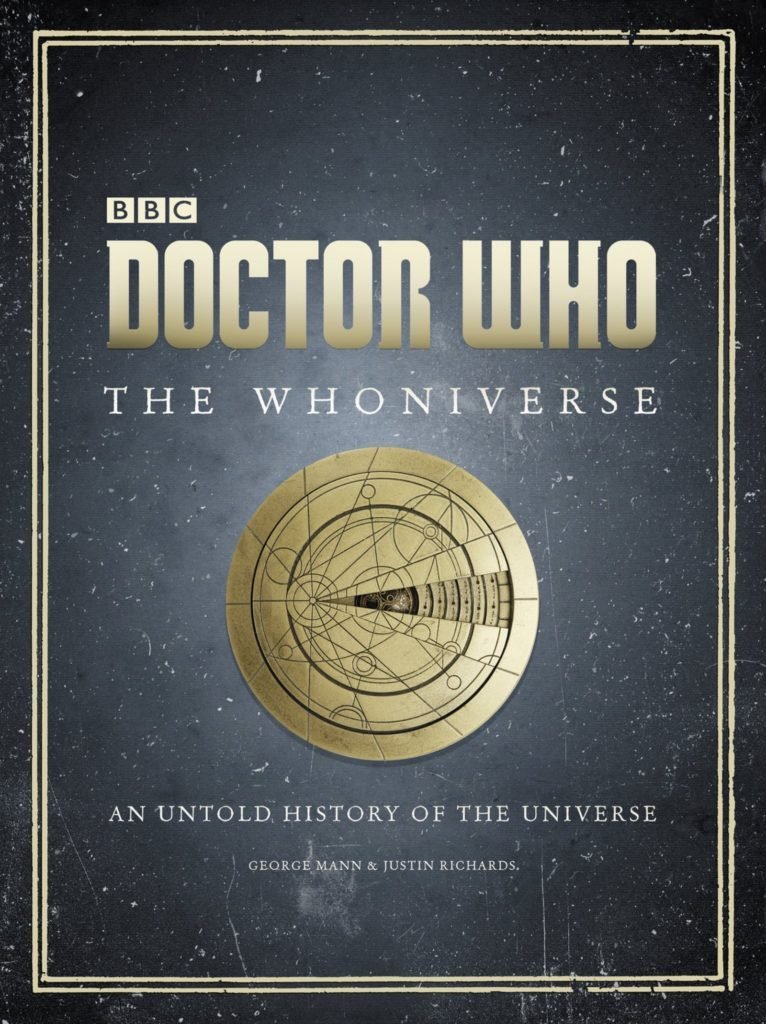 It might confirm or deny certain prejudices when it comes to this year’s book-based offerings from the Beeb but, heck, I’ll say it anyway; the best thing about this book is the gorgeous illustrations. Seriously, some of the nuWho sketches look like lost concept art from an alternative universe where Philip Hinchcliffe was showrunner for the Tenth and the Eleventh Doctor.  It makes you wonder why artists Alex Fort, Richard Hardy, Chris J. Lees and Shaun Williams aren’t prominently featured on the cover.
The book is pitched as the ultimate compendium for traversing the whoniverse telling the never-before-seen history of the human race – from the formation of Earth round the Racnoss eggs, and the creation of life by the destruction of the last Jagaroth spaceship, through to the eventual expansion of the sun and end of the world and beyond – to New Earth, and Utopia…
Along the way, The Whoniverse also explores the untold histories of other planets and other lifeforms as they have interacted with humanity. Apart from the Doctor, who is weirdly omitted due to the titular focus on the universe around him; leaving you to piece together where he interacted and in which incarnation – which is odd as he’s pretty much responsible for most of this!
He’s also curiously absent from the illustrations despite the history of the Time Lords being covered and the Master featuring in a couple of pieces.
Artfully avoiding the trap of simply retelling facts like a bound addition of a Wiki page, The Whoniverse is a neat addition to the pantheon of Doctor Who reference books. Even if you find yourself scrambling to fill in the blanks with other texts…

Doctor Who: The Official Cookbook by Joanna Farrow Don’t scoff (well unless you’ve just made something from this book, then do scoff. Scoff lots) but the Doctor Who: The Official Cookbook is a fun, easily achievable adventures in flour and water. Sure, sometimes it feels like a whole swathe of creativity is being dismissed in the name of ‘officially licenced’ cakes and buns (You need only take a brief look at Pinterest to catch a glimpse of the breadth of talent out there) and the puns, oh dear Lord the puns, get a bit too much; and some of the ideas don’t quite translate (Sonic Screwdri-veg anyone? Thought not…) but if you want a fun, relatively cheap way to spend an afternoon with your Who-obsessed sprogs then you’d be hard pressed to find something more applicable.

In the Blood by Jenny T. Colgan We’d be remiss if we didn’t include at least one piece of fiction in our list and perhaps the best new book this year has been In the Blood.
There’s an anger emanating from the internet. As keyboards are bashed in fury, a beast waits behind each screen, waiting for the opportune moment to plunge its icy fingers into your chest; to squeeze the very life out of your rapidly beating heart.
As the Tenth Doctor and Donna find themselves embroiled in a global conspiracy, a familiar foe waits to enact his terrible endgame.
When The DWC reviewed the book back in May we praised Colgan for how she ‘manages to capture the magic of the DoctorDonna relationship. Colgan starts strong with a wonderful exchange on board the TARDIS about a broken mechanical masseuse that in just an ellipsis and the occasional italicised word nails Catherine Tate’s performance as Donna Noble’.
The book is rollicking blockbuster and well worth taking yourself away from the Christmas hubbub for a quick catch up with the Tenth Doctor.

Whographica: An Infographic Guide to Space and Time by Steve O’Brien, Simon Guerrier and Ben Morris Who doesn’t love a good graph? How about some trends? Or, be still my beating heart, a few statistics! The wealth of accumulated information contained within the fifty-plus years of the shows existence was crying out to be mined in equally geeky and esoteric ways such as the ones on display in Whographica.
Much like The Whoniverse, it’s the layout that really sells this book – the design is fluid, fun and above all, a little bit sexy. So, if you’ve ever wondered how many times the Eleventh Doctor has said ‘geronimo!’ or puzzled over each reference to ‘Jelly Babies’ and would like to see either fact displayed in an eye-catching set of infographics, well then, my friend, this is the book for you.

Is There Life Outside of the Box?: An Actor Despairs by Peter Davison The Fifth Doctor himself, Peter Davison – consummate professional, fan-favourite and now self-depreciating author, has made his first foray into assembling his wealth of showbiz experience into one frequently funny, ever-curious tome.
Davison is a pleasant, personable storyteller – giving the book an intimate feel as he walks the reader through anecdotes from his fifty years in the biz known as show; the ‘as it’s been written’ feel to events means that we don’t get some of the old Doctor Who stories, and that may be disappointing to some, but that feels like a necessary decision.
Instead, what we do get is a warm, funny and intricately told story of the interesting life of an actor who just happened to be the Doctor.

What! How could he leave that out! Of course, this is just a small section of the vast library of Doctor Who tomes available; so what will you ask Santa for this Christmas?