Service Time of The Doctor: Which Doctor Starred in the Most Episodes of Doctor Who?

Doctor Who first came on the air back in 1963 and the show’s gone through a lot of lead actors, producers, script editors, you name it. It’s even changed direction more than a few times, along with the length of episodes. Of all the actors to play the Doctor over the decades, many of them had stuck around for different lengths of time but some had to deal with very different runs as far as season length went. So the number of years a person spent in the role was not exactly the most precise indicator of how much time that person was actually at the helm of the TARDIS.

For instance, First Doctor William Hartnell was in the lead role for only a little more than three seasons, departing near the beginning of Season 4 due to ill health. Yet back in the 1960s, both he and Patrick Troughton were filming the show almost all year ‘round. Thus, Hartnell has more episodes in the can than any other Doctor except Tom Baker, who starred in the show for seven seasons!

So, to give credit where credit is due when it comes to just how much service time these folks put into traveling through time and space, I was curious, and thus, made a list. I originally put it together during the Matt Smith era and I just continued to update it after every season. Now first things first, I’ll list in order who played the Doctor in what years and in how many seasons:

Side notes — to provide a more or less even playing field in the count, since the vast majority of Doctor Who was usually in half-hour installments, really about 23 minutes or so per episode and the new era consists of 44 minutes episodes on average, I’ll be counting each new era episode as if they were two, 22 minute episodes. Fair’s fair. I’ll do the same for classic seasons like 22 with that format, since the whole point here is to see just how many episodes they appeared in, or how just how much story was packed into the era.

As of the time of writing, Jodie Whitaker is at 46 but she’s projected to go up to 69 with all three seasons and 3 specials, but we’ll see. That would place her under Davison and over Colin Baker.

The other interesting bit is Sarah Jane Smith. Although not a Doctor, here’s someone who appeared throughout all of Pertwee’s last season, two and half more in Tom Baker’s era, The Five Doctors, in a few episodes during the Tennant era, and had her own show for several seasons. Her tally would actually be 138 and would put her in second place, below Tom Baker — which is kind of amazing.

In any case, there you have it. A slightly different look at just “how long” some of these Doctors were actually in action.

Service Time of The Doctor: Which Doctor Starred in the Most Episodes of Doctor Who? 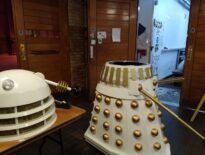 Features One Man, Two Daleks: What It’s Like Making a… 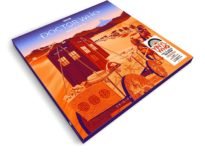