The space time continuum thrashes and convulses around us every day, in ways we cannot possibly understand. The Time Lords have noted that these convulsions, for some reason, are particularly frenetic at Christmas and the flotsam and jetsam of space-time can even be thrown out into our temporal universe.

One such piece of driftwood, recovered in the mortal realm by Frank Danes, is the BIG DWC CHRISTMAS QUIZ!

Grab a spare piece of paper to note down your answers, then keep it safe until the solutions are revealed just after Christmas…

Call Signs: who is calling whom?

1. Greyhound Leader to Trap One.

Anagrams: give the full meaning of…

19. In the novelisation only, has three children by her human husband?

23. In the novelisation only, is a keen amateur ballroom dancer?

Identify the story from this single line of dialogue (some giveaway words omitted here):

25. The leader is the one who makes fire.

35. We must prepare ourselves for the main landing.

Identify the characters or creatures from the description in the novelisation:

36. Of course she must believe this most excellent man, this man with the eyes of such incredible blue, a blue so dark, midnight blue… but weren’t they brown just now?

37. The three lights were slowly changing into three tall, straight figures which were moving forward… with a slow, deliberate step, and the perfect unison of guardsmen on parade.

39. Parchment thin skin clung to the outlines of the shrivelled skull.

40. High above him, the foul hissing monster let out a blood-curdling screech and plunged downward for the kill!

41. It could just see the naked flesh of XXXX’s leg. The sight of so much delicious food was irresistible. It arched its back and started to wriggle silently across the floor.

42. There was something about this man, something odd. The clothes were too immaculate, the handsome features too calm and regular.

43. It became aware of a noisy midget only a few yards away… it could see the midget with its mouth open, screaming.

48. A Sea Devil, Alpha Centauri, the Morbius monster, and the Collector’s guard?

And a Christmas lucky dip of final questions:

49. How long did the war between the Argolins and the Foamasi last?

50. Which line was edited out of the special release of the Day of the Daleks DVD?

51. What drink did the Doctor order in “Devesham”’s pub?

52. In the rehearsal script, what was the original name of the drug Vraxoin?

54. When told that he couldn’t, after all, use the Daleks, what did Rob Sherman entitle the draft of the script of Dalek which replaced the Dalek with the Toclafane?

57. Who has been colonising other planets for a thousand million years?

58. Who said, of whom, “You may have changed your appearance, but I know who you are.”

59. Green Light, who attempted to film a Doctor Who movie in the 1990s, mistakenly believed the character of the Master was not part of their rights package, so they replaced him in draft scripts with an equivalent character. What was this character’s name?

60. How many Nimon have you seen today?

How did you do? Note down your answers on a separate sheet of paper then come back to the DWC on 27th December 2021 for the answers.

Feel free to chat about potential answers in the comments, but please be aware that some readers will want to work these out by themselves, so don’t give everything away if you think you’ve got them all! 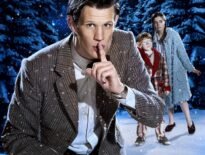 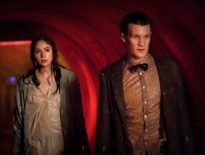